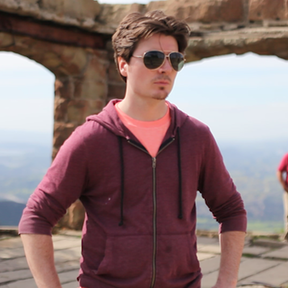 Douglas's desire to make films started at a young age and led him to writing and directing a portfolio of short films, web series and documentaries. His work has garnered further recognition in ad campaigns for his graphic urban web series, "Pinnacle Heights" and he has earned high acclaim for his marketing career in the medical imaging community. But even more defining than Doug's desire to make films is his growing passion for the Gospel. By God's grace and the power of His Word, Doug's growing desire to see God be glorified led him to redirect his focus from making Hollywood films to the even more exciting goal of seeing God's name proclaimed throughout the nations. After several months of traveling and reading extensively the word of God, Doug felt a clear call of the Lord to use his gifts in full-time ministry by starting FaithWorks Pictures in 2017.

Douglas is kind and on time. Goes the extra mile to take care of rented items. Thanks Doug!

Everything went very smoothly; would definitley rent to again!

On time, learned about zhiyun gimbals from him. good guy!