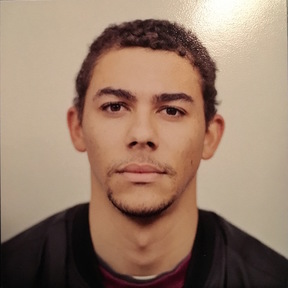 Diante Singley was raised in Los Angeles, California by a single black mother. A strong inspiration and an avid film connoisseur, she would often screen films for them to watch. As a result, he became infatuated with cinema and film production.

As a student at Stanford University, Diante fully embraced his love for film and began writing and directing student films that tackled race, sexuality, economic status, and identity.

After graduating Stanford in 2014, he has worked as an assistant cameraman, a production assistant for Animal Planet, and most recently, as the personal assistant for film director, Eli Roth.

Diante is an excellent renter who took great care of our gear. Everything went smoothly, and we would definitely rent to him again!

A+ rental. He returned everything in great condition and communicated well throughout the process.

Diante is a legend. Rarely do you have someone rent equipment out for as long as he did and have everything returned in the same condition it left in. Highly recommend

Couldn't have gone any smoother! Diante's a fantastic renter! A+

Great renter. Took excellent care of my gear and was prompt with communication for pickup and return. Highly recommended!