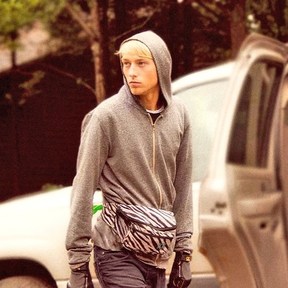 Derek Lukosius is an award winning filmmaker from Hamilton Ontario. He graduated with a Bachelor of Film and Media Production in 2014. In 2016, Derek proudly won the prestigious Hamilton Arts Award for Emerging Media Artist.

Under the title of Media Area Head, he instructed Photography and New Media interest sessions at Camp Couchiching for 4 years. He revitalized their Amateur Film Program, making it a staple of their camping experience and drawing new clients for the program exclusively.

His films have screened at festivals all around the world from Puerto Rico, to Mexico to England to New York. His film, Camp Kenneth, proudly won an award with judge Bruce Clark, DOP of Canada’s Worst Driver, calling it “guerilla filmmaking at its best!”

In 2015, Derek recently completed production of his feature film directorial debut, The Lone Paddler. Derek Continues to pursue work in filmmaking, further solidifying his success in the film industry.