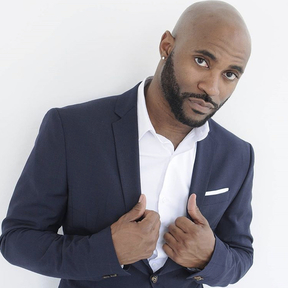 I am an independent filmmaker, director and writer.

Everything went well, gear returned on time and in good shape

Everything went great! Thanks Darius for the rental and taking great care of my gear, hope to see you again!

All went smoothly, excellent communication, gear was returned in the condition it went out, A+ renter, thanks!

Darius was super easy to work with and we hope to rent to him in the future!

Thanks for bein' such a All-Star :-) Renter. And returning everything without anything being out of whack or place.

As a way of sayin' thank you. Here's some pages from the book Message in a Bottle (A Titanic Story) by Ian Collin

Tam returned from the car, sporting the papers he'd received from Mr. McDougal, and sat at the table...

James took a pair of small spectacles from his pocket and placed them on the end of his rather long thin nose.

'My main concern is this: 'I'm not really business minded and I'm not sure if I want to deal with some major player in the leisure industry...

'It's New Year's Eve and there's a party in the hotel tonight; why donn't we sepnd some of our inheritance and hire some outfits?..."

Elizabeth pondered for a while before answering. 'Should we? It might be great fun. You do mean hire a kilt?'

PJ and James entered the room and, in unison, waved to Tam. 'Hi, Mike." Tam waved and smiled. 'Who the hell is Mike?' enquired Elizabeth, looking a little perplexed.

'PJ kept calling me Mike and I didn't have the heart to keep correcting him, so I just played along with it. Anyway, what's in a name?'

And her husband went with her along weeping behind her to Bahurim. Then said Abner unto him, Go, return. And he returned.

tidings came to David, saying, Absalom hath slain all the king's sons, and there is not one of the left.

Then the king arose, and tare his garments, and lay on the earth; and all his servants stood by with their clothes rent.

And he shall be as the light of the morning, when the sun riseth, even a morning without cloud; as the tender grass springing out of the earth by clear shining after rain.

Sounds good to me! Darius "Taharqo" West, that's the Nubian king who recorded that floods are a great thing! Lol . My Best to you :-) - Joey B.

Great renter! Excellent communication, treatment of gear, and timeliness. Thanks!