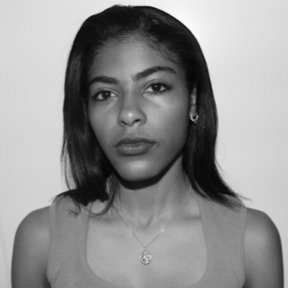 Danielle Morgan Boyd is a writer/director based in LA. She has produced several short and feature films. Upon graduating from NYU Tisch, Danielle's senior thesis film, The Princess and The Pea, was part of the Palm Springs International Short Film Market and screened at the 2018 Festival de Cannes Short Film Corner.

Her project Platinum Dream was an official selection of the Austin Music Video Festival. Shortly after she travelled to Rwanda, Africa where she produced and wrote her first international feature film. The film, Ishema, is currently in post production. She’s been featured in many platforms from 72andSunny’s artist residency program 72U to being a one of the finalist’s of Deutche Bank Frieze’s Film Program where she premiered her film, Dethroned and Displaced, at Paramount Studios.

She continues to direct and write many projects. Her clients include Capitol Records, Museum of Tolerance, Snapchat, 72andSunny, Nike, and UFI just to name a few.