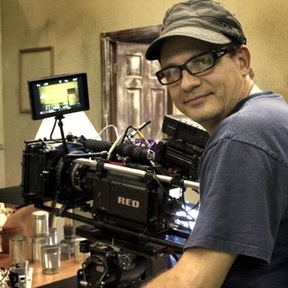 Having at least fifteen years of experience in the film industry, I have shot over twelve feature films and have been the Cinematographer in a number of music videos, EPKs, infomercials, commercials and several TV shows. Prior to become a DP, I worked as a gaffer in a great number of features including a film directed by Al Pacino's (Wilde Salome) and a film selected for Palm D'or at the main competition at Cannes Film festival (Turbulence Estorvo).

In addition, I have done lighting design for theater, like the show Corpus Delict presented at the Disney Hall and given lighting workshops at UC Berkeley. Besides my experience I bring to the set a strong work ethic and the uttermost respect for the artistic vision of the Director and the Producer.

Benji Lanpher / BS Worldwide LLC. • 3 years ago.
Renting to Gus was great! Everything went as smooth as possible and he took excellent care of my gear. Thank you and and I hope to see you again.
See More

Julian Bernstein • 4 years ago.
Gus was great, super professional. We had a pretty chaotic shoot in tight quarters and Gus, his gear, and his crew. Took it in stride. Gus always had a good recommendation if something unexpected came up and his truck had all the toys I needed. Will definitely work with him again!
See More

Tim Cisilino • 4 years ago.
Easy to communicate and meet up with. Would rent to again.
See More

Mariietta Volynska • 6 years ago.
Gus is amazing! His truck has sooo much stuff its crazy! You wont find anything better than this truck. I would highly recommend Gus and his truck!!! Thank you for all your help and letting us use your truck.
See More