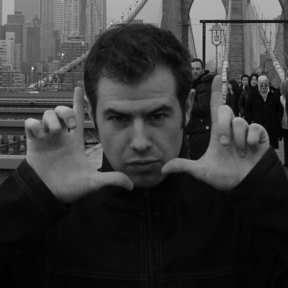 Steven Swancoat is a New York based Filmmaker, Painter, Producer, Ob/Gyn and Cinema Gear Enthusiast. In 2018 he wrote, directed and produced his first Short Film, 'The Singer' which went on to win over 20 awards and screened live in over 7 countries. Currently he is near completion with principle photography for his self produced debut feature documentary.

"I truly believe to make a quality film, you need quality and dependable equipment"

And when I am not using my equipment shooting my own films, I feel its my duty to then supply filmmakers with custom gear kits to fit their projects, budget and creative vision. With all the gear for you, from Short films, Vlogs, Travel Documentary, Cinema to Interview or commercial kits...

PTP FILMS • 11 days ago.
Steven and co. helped me in a last minute pinch and were able to rent to me over the weekend. Guys were extremely helpful and cooperative.
See More

Colorway Productions, LLC • 6 months ago.
Very accommodating and knowledgable about the gear that worked with our camera rigging. Highly recommend
See More

Bojan Ivovic • 2 years ago.
Everything went smoothly. Thanks a lot!
See More

Cameron Bossert • 3 years ago.
Best rental - full package for good price, with extra guidance on how to build and use, and flexible pickup and return times.
See More

Hunter Young • 3 years ago.
Steven was a pleasure to work with and super accommodating and happy to go the extra mile to make sure I was prepared for my shoot!
See More

Julian Bernstein • 3 years ago.
Steven is a great source for gear! I'm definitely retning for him again.
See More