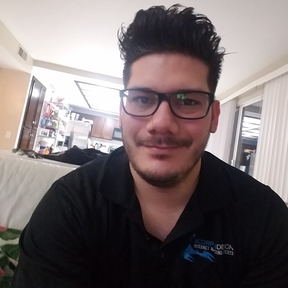 Curtis Gomez attended California State University, Fullerton where he obtained a B.A. in Cinema and Television Arts with a Minor in Advertising. While at CSUF, he devoted himself to multiple areas of cinema production, including Producing, Editing, Cinematography, and Storytelling. During his final year in school Curtis Produced and Edited a thesis film that debuted at Newport Beach Film Festival’s Collegiate Showcase. In his time working with Scorpion, Curtis has traveled to over 100 cities across the United States to create video content for attorneys encompassing all practice areas of the law.

Curtis was an amazing renter. Very punctual and communicative. He even returned the drone charged up!

Simple and smooth, thanks Curtis!

Great filmmaker who takes care of gear and easy to coordinate with! Thank you!