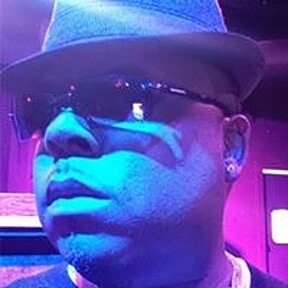 B-Eazy Productions
Vendor Delivery - The vendor will deliver to you for a mutually agreed fee.

Transforming a life-long dream into a living and breathing reality is the force that empowers the multi-talented, musical phenom Brenton “B-Eazy” Barge. At age 37, and hailing from the city of “BIG D” - Dallas, TX, B-Eazy's desire to conquer the music world is unparalled! Armed with a fierce & undeniable flow as an MC, coupled with versatile and unprecedented production, B-Eazy attempts to elevate the music scene in Dallas leaving a blazing trail for others to follow.

Featured as a guest on two of the hottest radio programs in the Southwest Region; “The Sun-Debut Show” with DJ Steve Nice on K104fm and “Street Heat” hosted by DJ Big Bink and the Dallas legend D.O.C. on 97.9 The Beat, B-Eazy unleashed the smash title “Dirty” to eager listeners. Soon after, "Before U See Me", "I.H.O.P. (Strip Club Song)" & "No Feedback" from his debut album "By Any Means" were soon to follow. To add another feather to his hat, B-Eazy shares production credits on two noteworthy projects; one including a commercial highlighting the 10th Anniversary of K104fm’s Skip Murphy & The Morning Team, and also the Dallas Mavericks Playoff Anthem performed and played at The American Airlines Center during their NBA Finals run.

While accomplishing more than most independent artists dream in a lifetime, B-Eazy has released 3 certified albums to date: "By Any Means", "Produced By B-Eazy, Vol. 1" & "B-Eazy: Da' Businessman" all produced entirely by himself! In addition to various mixtapes: "The Best of B-Eazy" , "Detox, TX: The Death of Dance Music" , "Big Business 2K11" & "B-Eazy Duz It: No One Can Do It Better" plus numerous guest appearances found playing throughout the streets of Dallas, TX, much remains to be seen & heard from this multi-talented, musical prodigy.