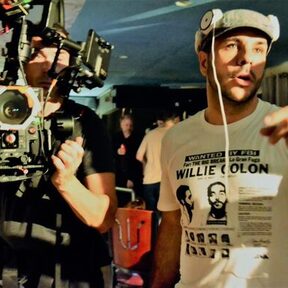 My first feature was released via Disney in 2018, entitled SHINE.

Nardolillo has directed a several music videos and new media branded content for Target and Baby Kaely under the Maker Studios banner. He also wrote and directed a music video for Youtube sensation, Chachi Gonzales for Mitu.

Nardolillo's work embodies and is inspired by his Latino roots, salsa music in particular, and all that symbolizes Spanish Harlem.

Him and award winning writer Oscar Torres have a feature film in development on the kidnapping of female presidential candidate by Guerillas in Latin America. In addition to directing, Anthony works full-time in Corporate Finance which allows him to pursue his creative projects. Nardolillo currently lives and works in Southern California.