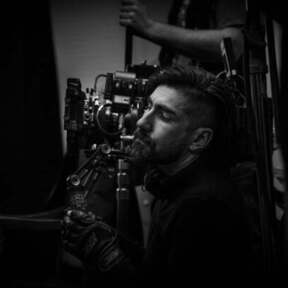 Gallegos began his career in Chilean film and television productions in the early 2000s. In 2008, he graduated with a degree in audio-visual communications at Uniacc, in Santiago de Chile. Andrés was awarded Best Cinematography at Fesancor (Santiago Short Film Festival) Festival for Axion when he was just twenty-two years old.

Andrés was awarded by the National Audiovisual fund of Chile to study for a Master's degree. He moved to California to earn his MFA in Cinema at San Francisco State University, where he graduated and received the Graduate Award for Distinguished Achievement.

In 2019 he received the Best Cinematographer Award at the Oakland Short Film Festival. He also has been nominated for the ASC (American Society of Cinematographers) Heritage Awards for his cinematography work on the film Shoe Shiner.

His work has been screened at Cannes, Raindance, Málaga, Mill Valley, Valdivia, and more.

Radium Pictures • 1 years ago.
Great renter. Great communication. Looking forward to the next one.
See More