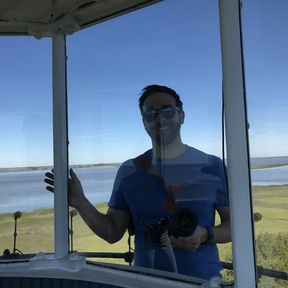 As a LA trained producer and production manager, Alex has worked with a multitude of commercial, web, and music videos with companies like Funny or Die, CollegeHumor, DJI (the worlds leading drone manufacturer), and Facebook. In the past, he's also held the position as Marketing and Acquisitions Coordinator for Indie Distributor, Ketchup Entertainment – experience that gave him insight into the business of successfully acquiring and distributing films.

His passion also lies in directing where he's created several commercials and short films. His shorts, "Until the Dust Settles" and "Sweetwater" played at a multitude of film festivals including LA Short Film Fest - winning some awards along the way. With his wife and teammate, Alex recently created a video & branding strategy from ground up for booming Midwestern pet food distributor, High Hope for Pets, with several radio and branded content spots planned for this year.

Alex is a graduate of Tulane University and holds an MFA in Film and Directing from the Savannah College of Art & Design (SCAD).