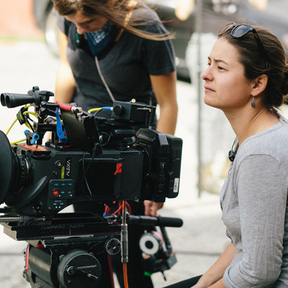 Favienne Howsepian was born and raised in the bay area, attending undergrad at San Francisco State University with a major in cinema and minor in French. She was lucky enough to study abroad several times during her undergrad, traveling to Paris and Shanghai to expand her knowledge and practice of world cinema.

Favienne received her MFA in cinematography from the American Film Institute Conservatory in June of 2016. Several of the short films she shot premiered at festivals across the nation. Her AFI thesis film, "Snowplow", was nominated for Best Drama at the 2017 Student Emmy's. Favienne also received an ASC Andrew Lesnie Student Heritage Award for her work on "Snowplow".

Favienne is currently based in Los Angeles, and an active member of the International Collective of Female Cinematographers.

Evan McNary • 3 years ago.
Pro renter - clear communication, on time and took care of the gear. Thanks!
See More

Mark Golembeski • 4 years ago.
A+++ Easy to rent from, with great gear!
See More

Taylor Clemons • 5 years ago.
Favienne is awesome! I would definitely rent from her again.
See More

MAC Motions • 5 years ago.
Thanks for being flexible with time!
See More

Jon Danovic • 5 years ago.
Favienne was easy to coordinate with and went above and beyond for us!
See More