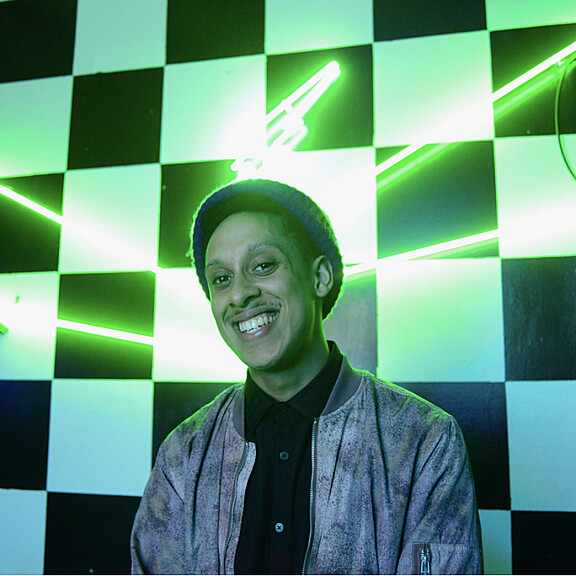 A modern-day Renaissance Man, Aaron Branch is a comedian, writer, actor and artist. He began his acting career at the age of seven, participating in school plays and performing at The Coterie, a nationally-acclaimed children’s theater. Branch appeared in several Coterie productions including A Star Ain’t Nothin’ but a Hole in Heaven, Frindle, The Wiz and Bud, Not Buddy. Branch made his comedic debut at an open mic night when he was just 16 years old. Six months later, he won the title of “Best Comedian in Kansas City” at Stanford & Sons Comedy Club. He became a regular at the club, hosting and opening for a variety of headlining acts including Dave Coulier, Carlos Mencia, TJ Miller, Michelle Wolf and Iliza Shlesinger.

By the time he was 17, Branch had written, produced and performed his first one-man show called The Aaron Branch Experience, which received rave reviews and was one of the top-grossing performances at the 2012 KC Fringe Festival. His next effort, Watch Me As I Go, was a unique, multi-media experience combining stand-up, poetry and original music. After graduating high school, Branch moved to Chicago to study comedic writing at Columbia College. While there, Branch’s love for writing and producing content continued to shine through his original podcasts Live! From My Dorm and Live! From My Apartment and his web-series Storytime with Aaron Branch. He also began writing, producing and performing with groups like Chicago’s College Class Clowns (C4), the Martin Luther King’s of Comedy and PREACH! In 2018, Branch was awarded the prestigious Bob Curry Fellowship in connection with Chicago’s Second City and NBC Universal.