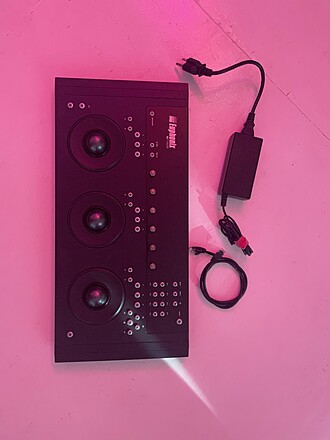 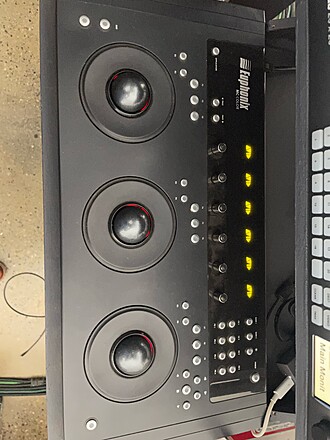 well cared for many buttons and control schemes to switch between all your coloring apps, resolve, Livegrade, premier, after effects, final cut, pomfort live grade, and many more This Powerful Control Surface Redefines Color Grade Editing! We're excited to offer the revolutionary MC Color by Euphonix. It's an incredibly precise control surface designed specifically with Apple's Color 1.5 in mind. The MC Color's optical trackballs, trackwheels, rotary encoders, and programmable soft keys give you the control you need to streamline color grading for video. And while it's small enough to make on-set grading possible, you can also combine the MC Color with other Euphonix modules to create an advanced video editing system that lets you work the way you want to. Considering how easy it makes professional color grading, we are delighted to recommend the Euphonix MC Color! The first thing you'll notice when you hook up the Euphonix MC Color is that every button, rotary encoder, and other moving part feels like the kind of quality engineering you need for absolutely precise parameter adjustment. Setup is a breeze, especially if you're using Apple Color 1.5 for which the MC Color was built - it truly defines "plug-and-play" simplicity! Each trackball and trackwheel automatically recognizes its color palette, and navigation controls lets you quickly negotiate Color's menus and jump from room to room. And when you jump from room to room inside of Color, the high-resolution OLED displays reflect the way the entire MC Color instantly recognizes the program's status. It couldn't be simpler! And while we're on the topic of convenience, you'll love the way that the eight sets of grade copy and paste buttons speed up your workflow. If the MC Color is your only Euphonix media control module, you'll appreciate the power and simplicity of the EuCon control protocol. Not only is EuCon responsible for the constant, instantaneous communication between Color, and the MC Color, but it also lets you use the MC Color with multiple other applications and across multiple workstations. That means you get total control over your production programs, no matter how complex your system is, all from a single controller. And when you expand your system, we're sure you'll be impressed with how the Euphonix Artist Series media controllers clip together to build a larger, integrated video editing control surface with all of the functions you need to work in an efficient, headache-free manner. Euphonix MC Color Grading Control Surface Features at a Glance: Plug and play integration with Apple's Color 1.5 High-speed EuCon Ethernet protocol for complete program control Easy integration and expansion with other Euphonix Artist Series media controllers Three optical trackballs and trackwheels Six touch-sensitive rotary encoders Six high-resolution OLED displays Nine assignable soft keys Transport controls and jog/shuttle/zoom wheel Eight dedicated copy and paste grade keys Experience color grade editing like you've never known before with the Euphonix MC Color!
Read More
Return Policy: 48 Hour Purchase Review 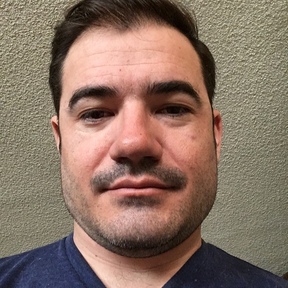