Join the community
Learn about rentingLearn about selling
Tomas Cutts
28 (100%)
I am a filmmaker and content creator. I direct music video on a variety of budgets whether working with large clients or shooting videos with my friends who are artist. I work with a YouTuber who has an audience of about 8million (subs/followers) to create content for him. I also have a produciton company starting up this year called Weatherstone Studios based in Los Angeles.
Music Video Director
Editor
Video Editor
Director
Camera Operator
3+
Evan Lopez
I am a videographer/photographer based out of Ventura, California. Being creative has always been my greatest passion and I love being in a community of creative people. I love the idea of renting my equipment on Sharegrid because its cool to think that my gear could help someone else create and showcase their own creativity and skill! Any questions feel free to ask!
Music Video Director
Musician
Camera Operator
Cinematographer
Film Editor
2+
FOR HIRE
PowerTale Productions
11 (100%)
We are an award-winning video production and post-production company that specializes in music videos, corporate videos, Facebook live events, BTS videos, documentaries, and fiction. We are also a team of talented filmmakers and storytellers with a variety of backgrounds from video production and post-production to motion graphics design and animation.
Music Video Director
Event Videographer
Videographer
Film Producer
Director
2+
FOR HIRE
Devin Dilmore
46 (100%)
Pickup and drop off hours are between: 9am - 6pm Daily (Different hours upon request) Devin is a visual Predator (Director, Producer, Cinematographer and Editor) dedicated to generating the utmost quality of work for every client he has had the pleasure to work with. Growing up in the small town of Calabasas, Devin became a dreamer; inspired by the bright lights of Hollywood . His parents set the tone for his career. Devin’s father, John Dilmore, is the owner and founder of Carthay Set Services; a credible set design & build company for large scale Film & T.V. Commercials. Devin found himself on film sets at a young age, in awe of the lights, cameras and action. His mother, Melody Dilmore, is a photographer and watercolor painter who helped mold his appreciate for beauty and detail in life. As time went on, Devin began re-creating films he was fond of and fell in love with the process immediately. In 2002 he started working at creative ad agencies; beginning with graphic design and then quickly moving in to motion graphics and editing T.V. commercials and music videos. In 2010, he founded multi-media company 101 Exit Media, LLC., creating everything from corporate client branding to feature films, T.V. commercials, music videos, social media and film production. Communication is one of Devin’s primary objectives in his work. His goal is always to align his client’s vision with strategic planning, while ensuring budget is effectively utilized. He strives to bring a positive attitude to the table no mater the situation, instilling confidence in a highly deliverable end product. Having directed and shot full length feature films, T.V. shows & commercials, music videos, social media content and corporate material since 2009, Devin has had the privilege of working with the likes of Google, NBC, Guitar Center, Insomniac Events, Vizio, Patioworld, Shinola, Audeze Headphones, The Dance Network, Asylum Films and many more. In his free time he’s producing, directing and shooting his own feature films, falling more in love with photography, traveling the world and producing music.
Music Video Director
Videographer
Color Correction / Color Grading / Colorist
Sound Designer
Director
24+ 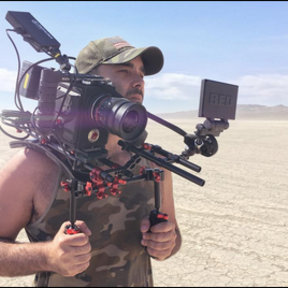 behnam mokri
9 (100%)
I am a music video director/producer. I love what I do and can't wait to get on my next project. The gear that I have all are purchased and custom around the needs of an indie filmmaker who demands more than budget allows. I take care of my gear and always being handled on set properly. I have kept the pricing very competitive so you can afford to shoot what you love and get the same enjoyment as I do when I am on my own sets.
Music Video Director
Film Producer
Director
Producer
Commercial Director
FOR HIRE
Mustafa Zeno
10 (100%)
Cinematographer and photographer, born and based in LA, raised in Aleppo, Syria. Speak Arabic, Hebrew, and Spanish.
Music Video Director
Wedding Videographer
Videographer
Director
Cinematographer
3+
FOR HIRE
Jake Johnston
4 (100%)
I'm Jake, a DP based out of LA! I shoot mainly music videos and corporate work.
Music Video Director
Video Editor
Sound Designer
Digital & Visual Effects Artist
2D & 3D Computer Animation / Animator
4+
FOR HIRE
Miles Evert
Marketer, filmmaker, viral stunts, promotion, music videos, etc. Based in Los Angeles but available globally.
Music Video Director
Camera Operator
Director