Hiring? Try ShareGrid Gigs - the job board for creators, and creative companies. Post gigs for free and reach over 118,000+ verified filmmakers, photographers, and creators. 🎉
FOR HIRE
Thriive Media LLC
84 (100%)
I'm an Emmy winning, LA-based Director and Editor. Always looking for new, interesting projects! Hit me up on Instagram @directedbymarvin
Editor
Color Correction / Color Grading / Colorist
Film Producer
Director
Director of Photography
1+
FOR HIRE
Daybreak Lighting & Camera
401 (100%)
Daybreak Lighting & Camera is a boutique rental company started by a USC alum, cinematographer, & photographer. We rent out a lot of lighting & grip equipment including the highest quality Aputure LED lighting fixtures. If you need any equipment that has not been listed, do not hesitate to reach out.
Editor
Gaffer
Grip
1st AC - Focus Puller
Cinematographer
2+
FOR HIRE
ECR Productions LLC
56 (100%)
Our gear is tailored to run-and-gun videographers and solo shooter/photographers. All of the gear listed has been battle-tested and proven to work well in the field.
Editor
Camera Operator
Gaffer
Grip
Wedding Videographer
3+
FOR HIRE
Newch Creative
528 (100%)
Producer • Director • Photographer I have been working in LA as a Camera Operator and now a Director (I know big Jump), but it works, I have been working a networks like comedy central, Paramount, and Netflix. In the end I love what I do but I really enjoy gear. In fact I am a gear whore at heart. Hit me up if you have questions, I can create custom packages. My name is Adam Newacheck by the way and my company is Newch creative. Thanks. For full list of gear go to this link: https://www.newchcreative.com/gear
Editor
Camera Operator
Producer
Writer
Director
1+
Jake Bradbury
64 (100%)
I’m a producer with ten years of experience. I started a commercial production company 512 media (www.512-media.com) that went from shooting business profiles for 300 bucks a pop to working with Fortune 500 companies on full scale media campaigns. I know how important it is having good gear and I hope to provide you with some of the best. I also love trouble shooting. Seriously, it’s one of my favorite things, so if you have any questions or run into a problem you can always call me.
Editor
Director
Event Videographer
Producer
Videographer
3+
Burrito Films - Andres Garzas
326 (100%)
Hello there! My name is Andres Garzas and I am the owner of Burrito Films. We make things happen from small shoots to large commercials or music videos! We have also a huge inventory of gear and we are happy to rent on SG everything you need. Please feel free to contact me at any time about your next production! We are open 24/7 including weekends, nights, and last-minute orders! We are also able to customize orders, so please don't hesitate to message us to build a package! www.andresgarzas.com www.burritofilms.com
Editor
Cinematographer
Color Correction / Color Grading / Colorist
Camera Operator
Film Producer
Fernando Cordero
199 (100%)
Friendly rental service! 100% Positive reviews : ) Brothers Vicente and Fernando Cordero, have been known for unique and highly stylized music videos and original shorts which have gained the attention of well respected musicians and entrepreneurs. Among the vast array of clientele, the Cordero Brothers have done directorial work for Gold and Platinum certified artists, full length feature films and has been featured on MTV, MTVU, VHI, and MTV Buzzworthy. Thank you!
Editor
Feature Director
1st AD
Director
Music Video Director
Topiary Media LLC
55 (100%)
We’re a team of highly innovative filmmakers based in Orange County and Los Angeles, CA. We specialize in video production, video marketing, and advertising. With a wealth of experience in all types of production, we ensure that quick turnaround and high quality are not only a priority, but a guarantee. Our most prudent goal has always been to tell compelling stories, and we’re equipped to make your story the best it can be.
Editor
Sound Designer
Gaffer
Director
Film Producer
1+ 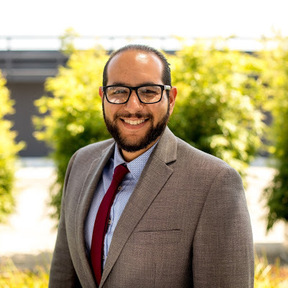 © 2013-2023 ShareGrid Platforms, LLC or its affiliates.
Logos provided by Clearbit.
Made with ♥︎ in Seattle