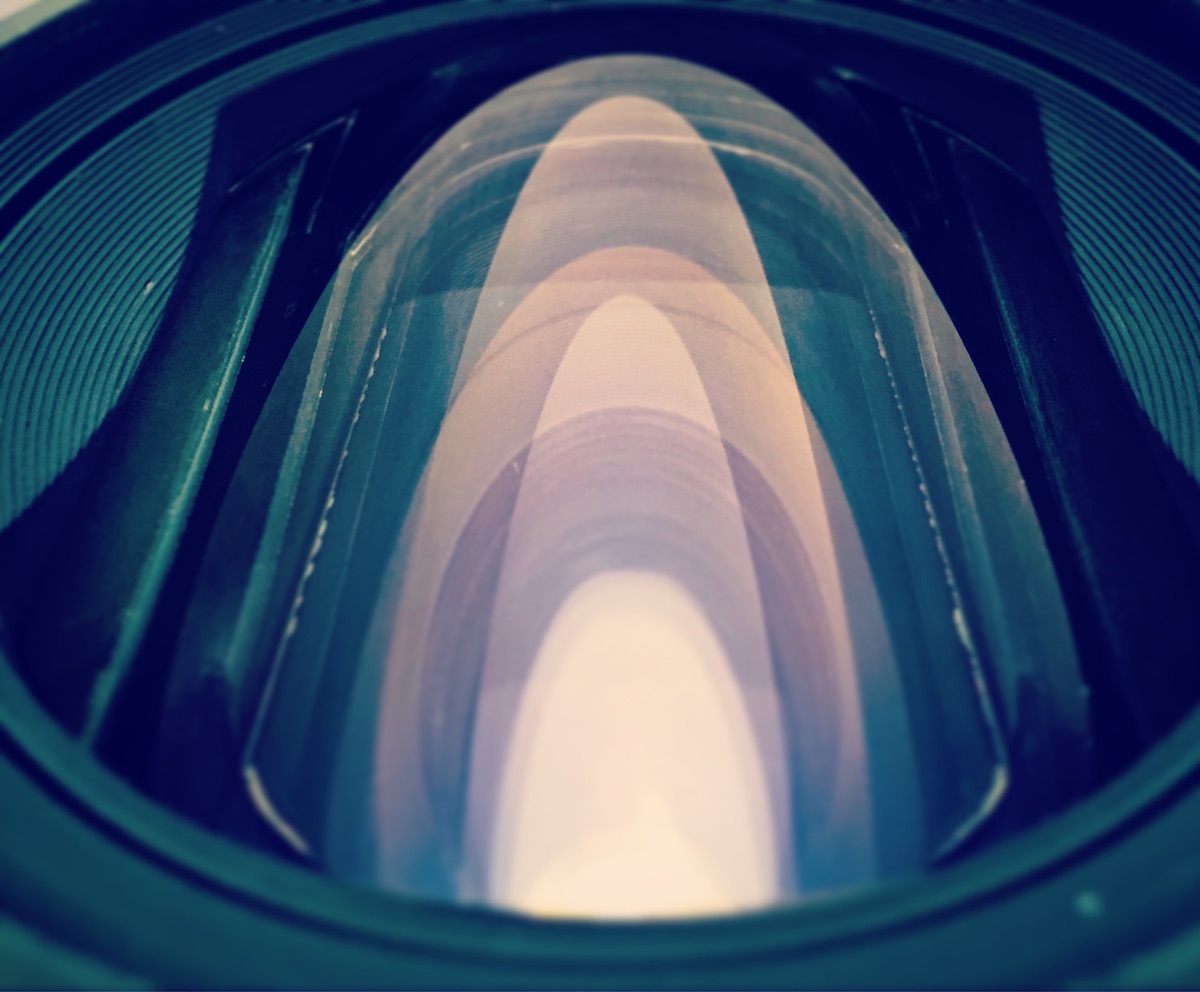 The History and Technology Behind the 2.40 Aspect Ratio

The History of Anamorphic

Mark LaFluer
In the middle of the 20th century, the anamorphic process came largely as a result of movie theaters’ lower box office turnouts due to the rise and popularity of television. Movie studios needed to give people a new reason to leave the comfort of their homes and go to the theater, so they came up with ways of making the movie theater experience bigger, more exciting and more visceral. Early versions of surround sound were developed along with immersive ultra high resolutions formats like Cinerama which captured images using 3 separate film cameras stacked side-by-side-by-side and then projected using 3 separate film projectors, which naturally gave the audience 3 times the detail and allowed for larger screens to project onto. The anamorphic process was another format that developed as a way of getting higher resolution images, and less noticeable film grain out of the cameras available at the time. 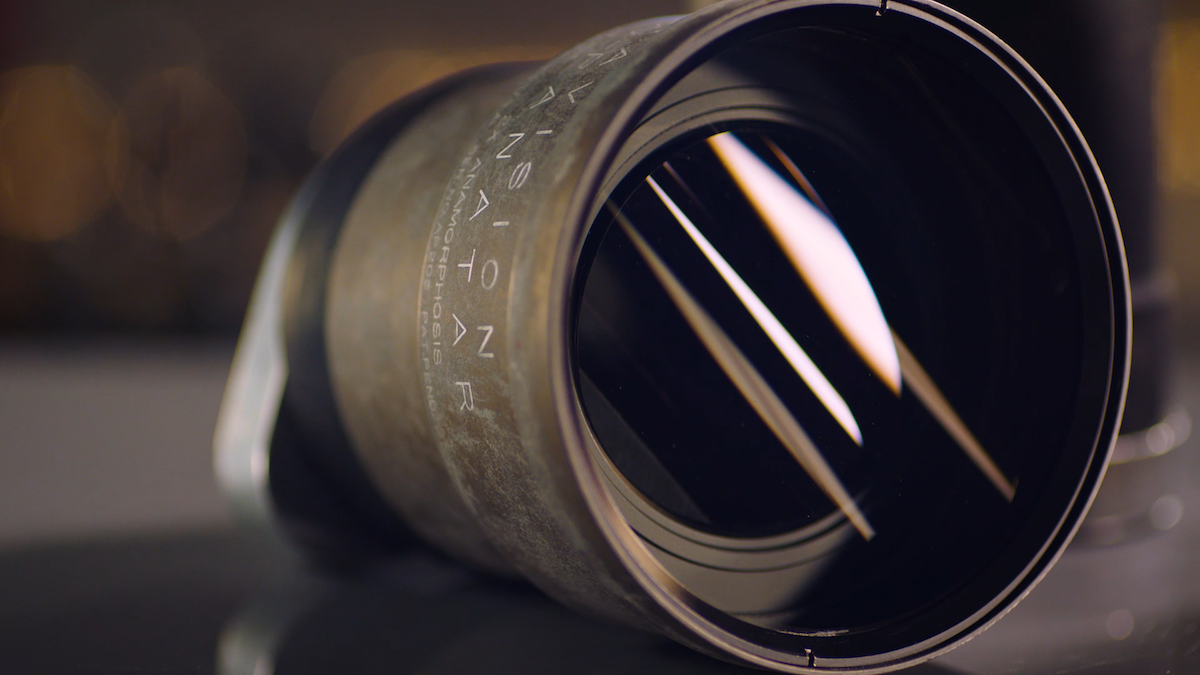 Of all the new formats that were being developed along with Cinerama and large formats like 65mm and 70mm, the anamorphic process was one of the most successful. New lenses for cameras and projectors as well as optical viewfinders had to be developed, but the same 35mm cameras could be used as well as the same 35mm film stocks to achieve a larger format. Even today, IMAX cameras are enormous, loud and heavy. Anamorphic shooting was more practical, and the unique lenses that the format required, happened to deliver a look that was unlike anything else that came before, and that look is more popular today than ever.

With spherical lenses, if we want to finish in a "widescreen" format like 2.40:1, we would need to crop the top and bottom of our frame. If you look at the graphic below, you can see that in the gray rectangle representing 2:40:1 we are throwing away nearly half of the overall recorded image area to achieve a widescreen look. It was the same in film. The goal therefore with anamorphic, was to retain all of of the negative that would be cropped from the top and bottom of frame, for a widescreen presentation. The simple solution was to squeeze the image on the horizontal axis using cylindrical lens elements. The results in a recorded image that has the same vertical field of view that spherical lens of the same focal length would deliver, but in the case of anamorphic lenses with a 2x squeeze factor, you can now squeeze twice as wide of a field of view on the horizontal axis. So a 50mm anamorphic lens gives your the field of view of a 50mm lens on the vertical axis, but the field of view of a 25mm lens on the horizontal axis.

Of course the image you record looks squeezed, and would not be appropriate for viewing. The final step in the process is to have a film projector with an anamorphic lens that de-squeezes the image when projected onto the theater screen. The projection lens has the squeeze ratio on the vertical axis to "correct" the footage for viewing. So for the final viewing experience we see the images in a widescreen format, but they were captured using the entire height of the film negative, rather than cropping the top and bottom of a spherically captured image. The result is an image that has much higher resolution. 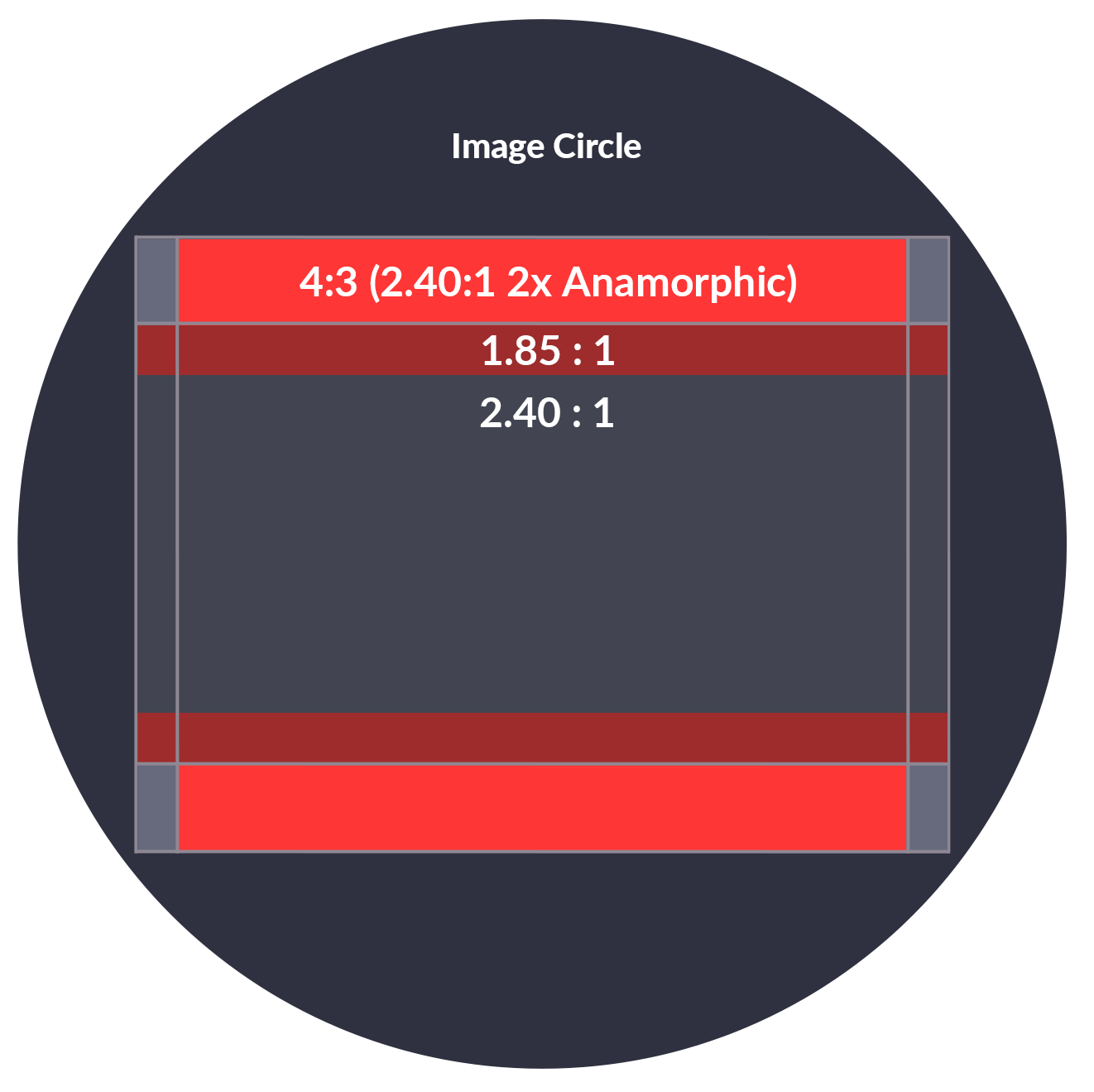 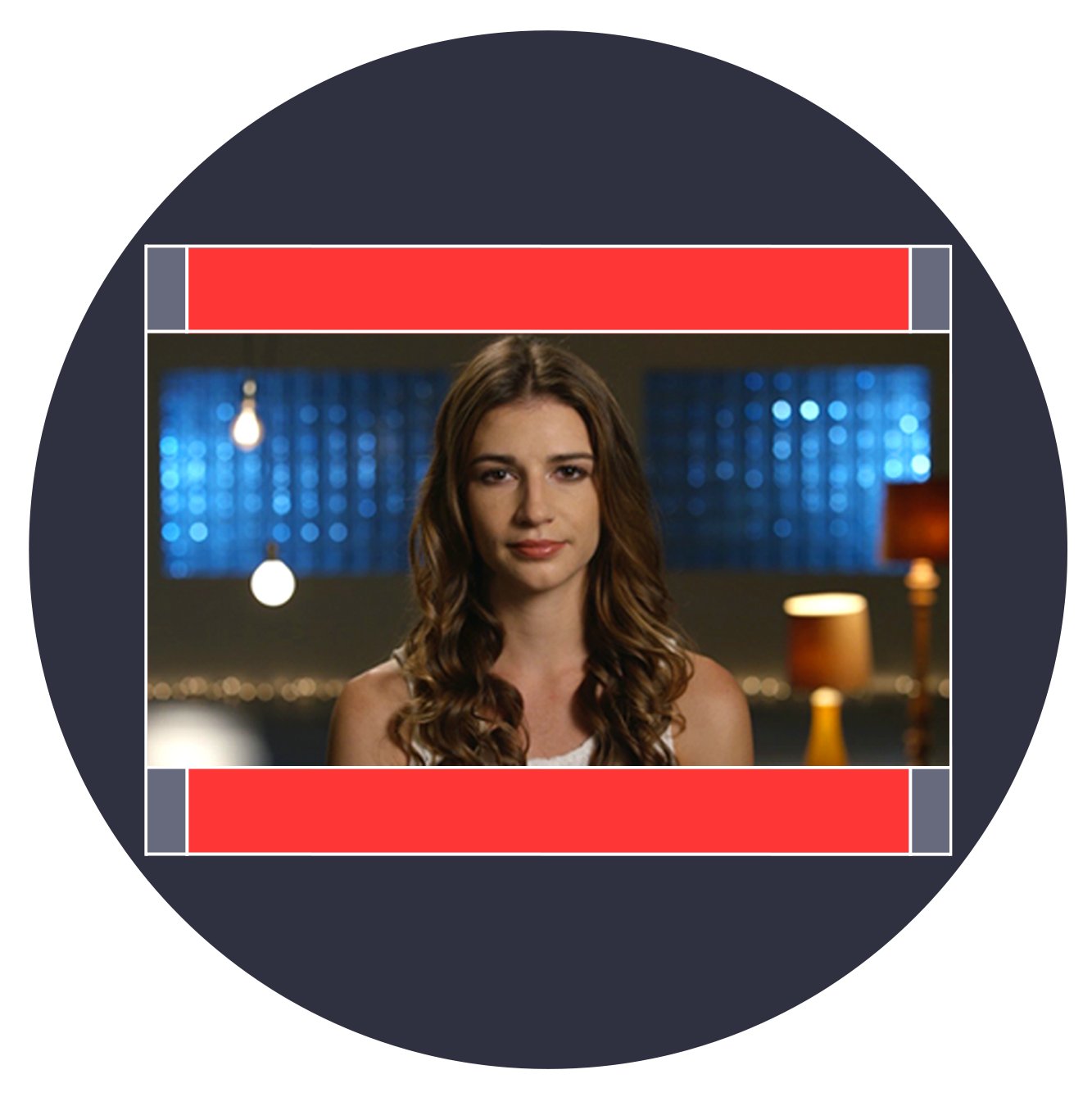 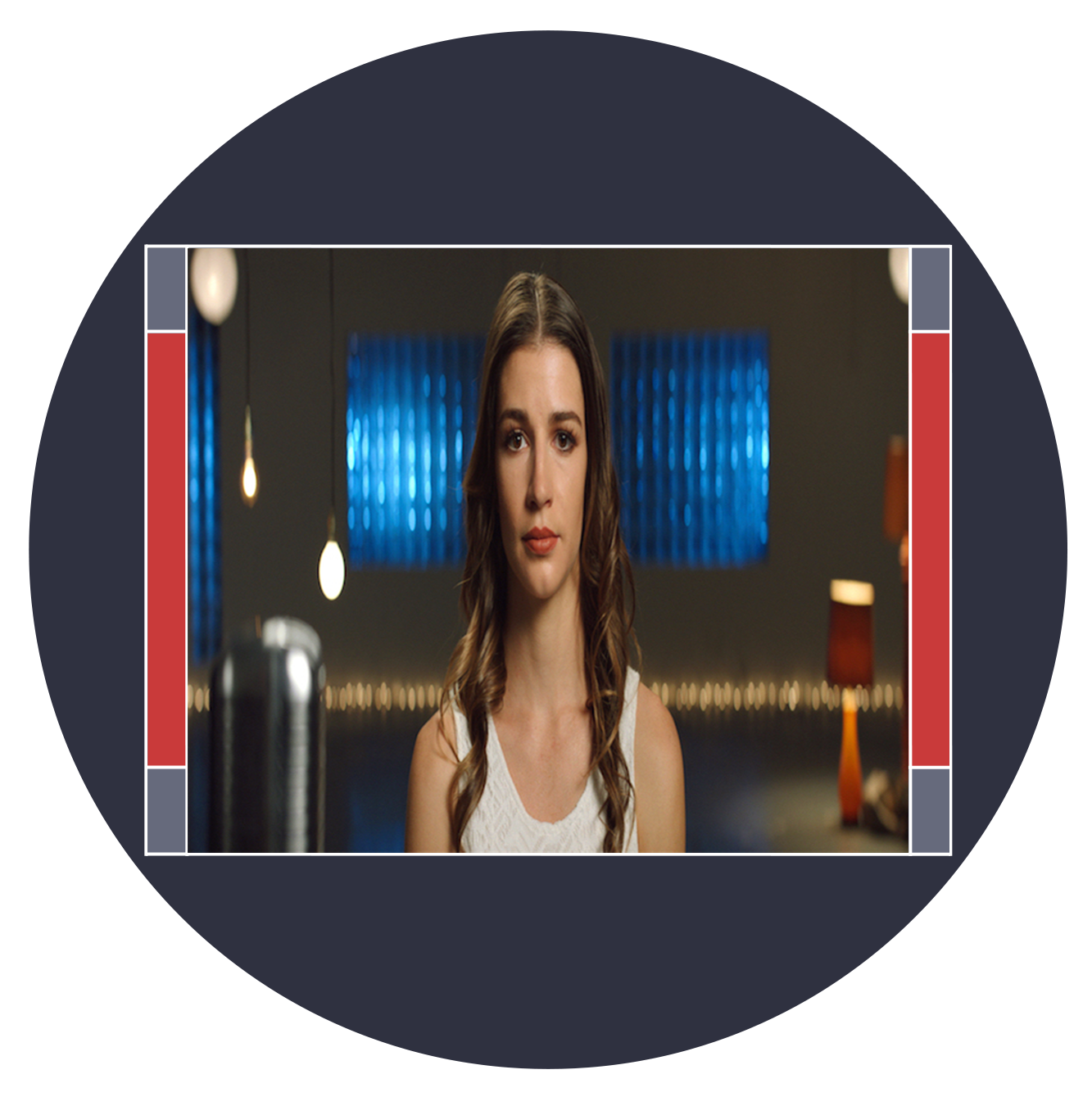 As the story goes the oldest use of cylindrical elements in optics were used in tank periscopes in order to see a 180-degree field of view. Lenses were eventually developed for film using similar cylindrical lens elements that squeezed the image before it hit the film plane. Most anamorphic lens designs actually start with a standard spherical prime lens. In front of it are the cylindrical “squeezing” elements. The base spherical lens' focus is then locked at infinity. You then need to add a new focusing group, which often is at the very front of the lens. A commonality you will see is that this design typically limits an anamorphic lens’ ability to focus much closer than 3’ on most focal lengths.

You will often hear about vintage anamorphic lenses having a “base lens” or “taking lens.” This is referring to the base spherical lens. Cineovision anamorphic lenses were often based on Canon K-35 or Zeiss Super Speed primes. Todd AO used Canon K35 as well as Cooke Speed Panchros for their base spherical lenses. The legendary Panavision C-Series are also based on Cooke Speed Panchros. Another group of anamorphic lenses are "rear anamorphic" lenses. With this design, the cylindrical squeezing elements are placed at the very rear of lens with a simple “rear anamorphic adapter.” The focus system of the original spherical lens remains unchanged, however this design does not produce oval bokeh or the lens flares achievable with "front anamorphic" lenses and you lose about 1.5 stops of light. Also, your focal length is doubled. For example the legendary Cooke Varotal 20-100mm T3.1 spherical zoom, would become a 40-200mm T4.5 rear anamorphic zoom. There are front anamorphic zooms also, but they are not as common as they are much more difficult and expensive to build. 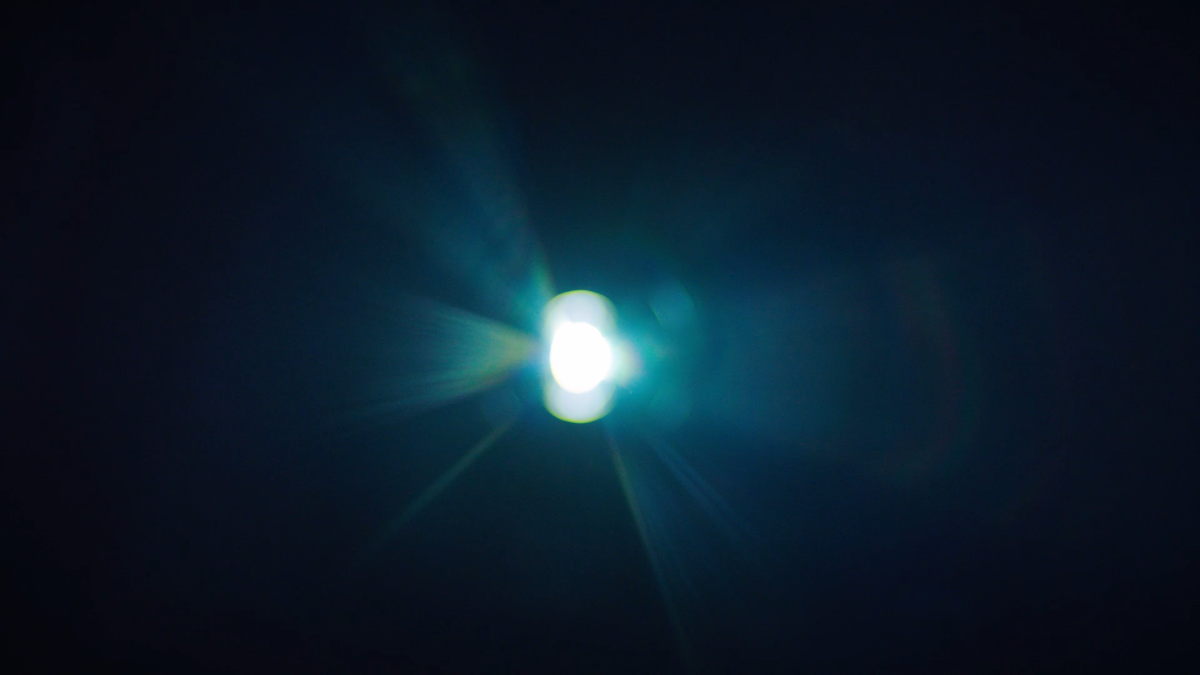 Other lenses had to be created for film projectors, which also used cylindrical elements of the same squeeze factor as the lenses used to capture the source material, only these lenses are essentially rotated 90 degrees so that when the squeezed image on the film passes through the projector’s lens, the image is de-squeezed and appears "normal" on the screen. Not only that but the nearly square image when de-squeezed ends up with a final projected “widescreen” aspect ratio of 2:40:1. A huge benefit is that you are using optics to project an image that is using so much more of the negative, which results in more detail, finer film grain, more resolution and therefore a more immersive experience for the viewer.

The additional resolution made a big difference, but there was also a major aesthetic difference created by using these new anamorphic lenses. Spherical lenses in many ways mimic the way the human eye sees, and therefore when viewing footage shot with spherical lenses, especially modern ones lacking aberrations and distortion, things look more or less like they typically do in reality. However, anamorphic lenses are warping reality in a way that is completely different than the way our vision works. This is a big reason why even to the average movie-goer who has no idea what the anamorphic process is, subconsciously they know what they are seeing is unique or special in some way.
Spherical Bokeh 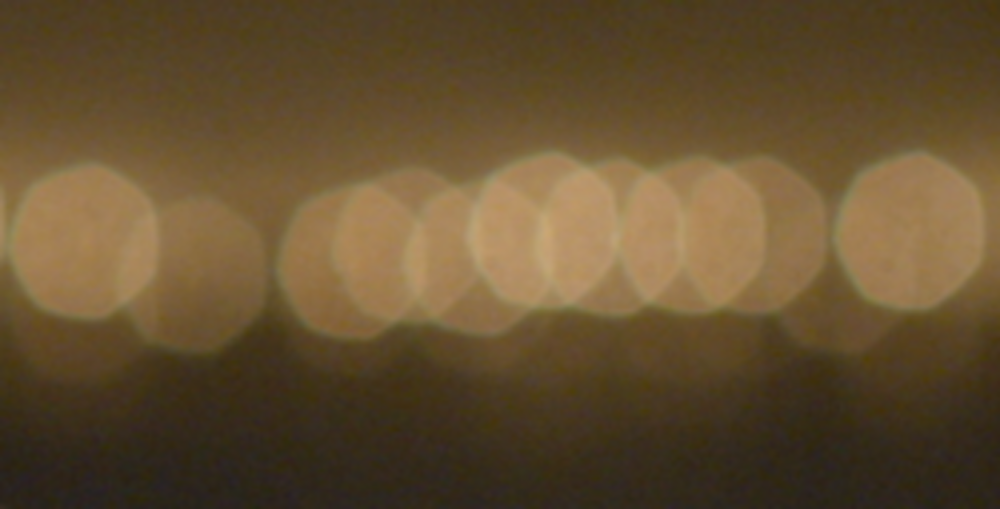 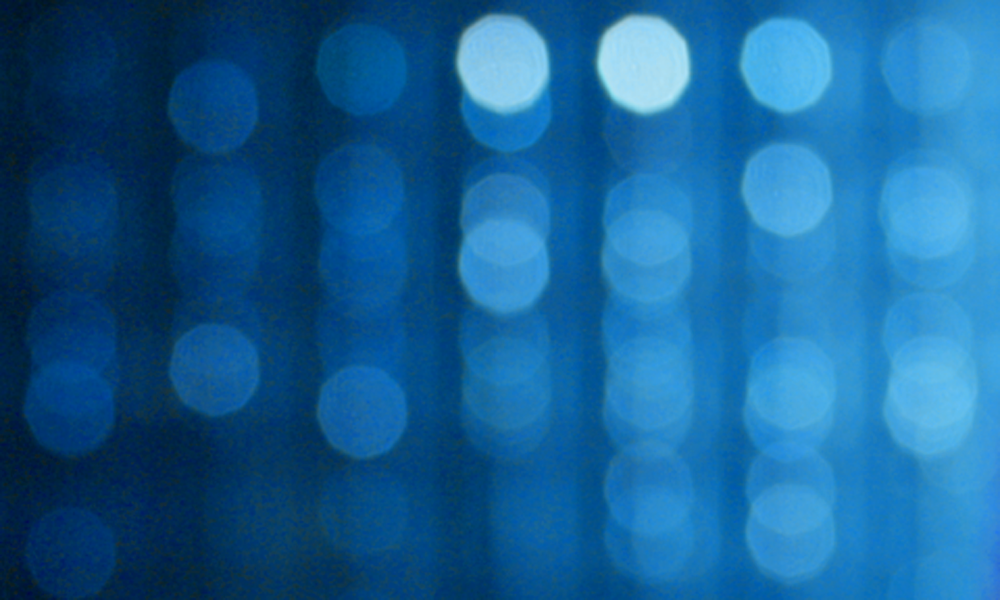 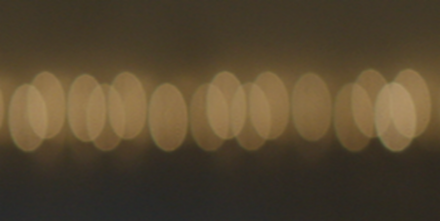 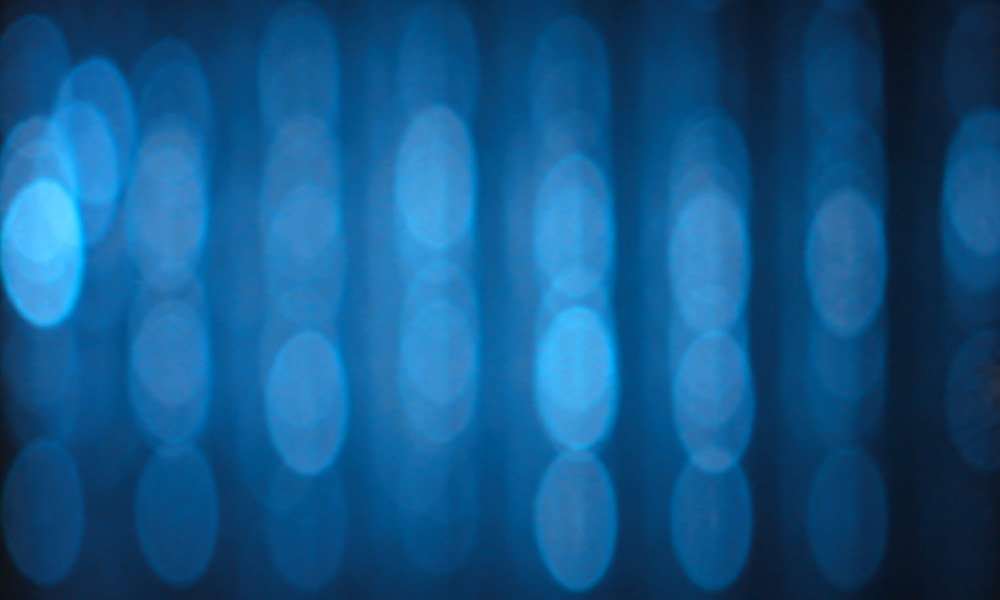 Since you are using longer focal lengths to achieve a wider field of view, there is less depth of field and more separation between subject and background with anamorphic lenses. The way objects in the frame defocus twice as much on the vertical axis as they do on the horizontal axis creates this amazing smearing of out-of-focus objects, in a more abstract and painterly way. It also results in pinpoint light sources having oval bokeh instead of the typical circular shape seen with spherical lenses. Not only do these unique cylindrical lens elements affect the out-of-focus parts of the frame, but they also create extra distortion due to the way the cylinders interact with the spherical elements. And of course, there are the signature flares. Probably no other characteristic is as iconic as the horizontal streaking lens flares caused by traditional front-anamorphic lenses.

Digital acquisition is now the norm, and for years, many digital cinema cameras had roughly super 35mm sized sensors in a 16x9 aspect ratio. For example the original RED One and the ARRI Alexa Classic. If you wanted to capture a widescreen 2:40:1 final image form these cameras, you ha to crop the top and bottom of frame and throw away a lot of recorded image area. But now, just as with film, we can utilize that extra area at the top and bottom of frame to achieve a widescreen presentation, utilizing anamorphic lenses. In the last few years sensors have grown in both width and height. The RED Dragon, and then Gemini and Monstro, ARRI Alexa cameras with larger (taller) 4:3 sensors, Panavision DXL and DXL2, Sony Venice, Panasonic S1h, and countless DSLRs and mirrorless cameras are all well-suited to take advantage of anamorphic's format which utilizes more of the height of an image sensor to achieve a wider field of view and a widescreen presentation. Again, it’s not all about resolution. You can shoot anamorphic on a super 35mm sensor or smaller and take advantage of the beautiful aesthetic of anamorphic lenses. However, keep in mind it’s the cameras with taller image sensors that can fully take advantage of the entire projected image and all its character. 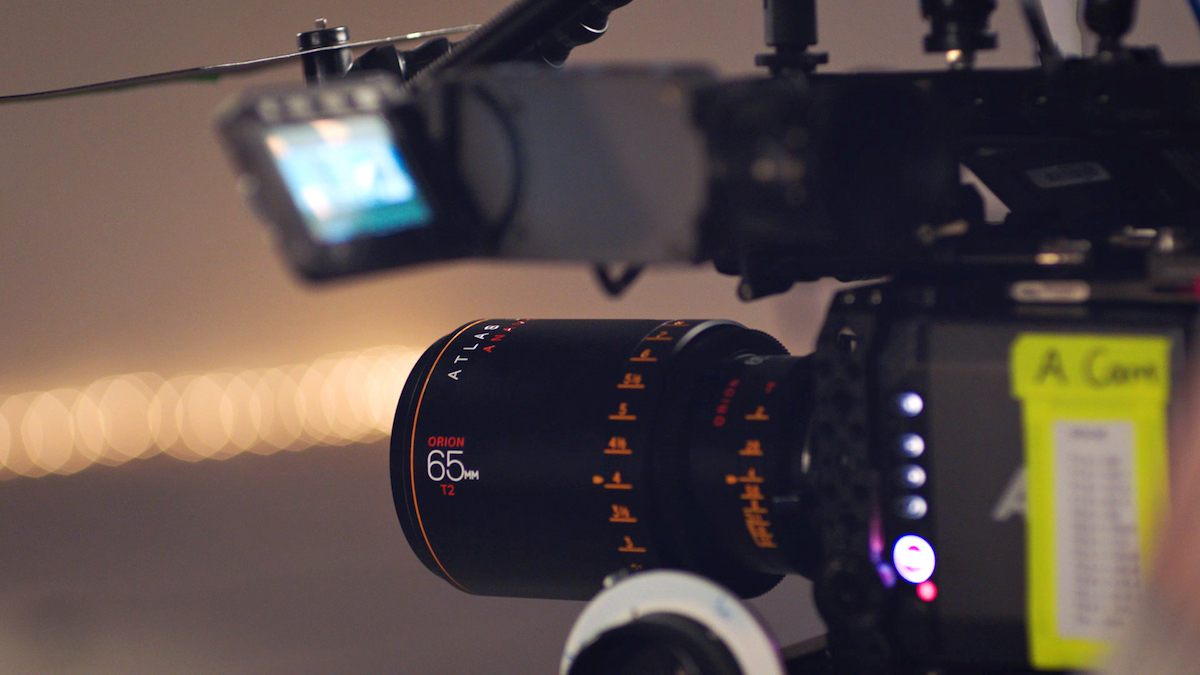 The anamorphic format was developed to enrich the theater experience but it also resulted in lenses that created a look that cannot be duplicated by any post process. It’s a look that is more popular than ever, not solely because of the gains in resolution, but because of the aesthetic differences as well. It is a look that is unique, abstract, beautiful, and it's a look that is baked into some of the greatest films ever made. Presently, we are seeing the format used more than ever and not just for the films with the biggest budgets but for smaller productions too. This is an exciting time for filmmaking and a new generation of anamorphic cinematography is on the rise.
Explore
Quad PlayerTest Data
The LensesArticles
About
ApproachSponsors
The TeamContact
Social
TwitterFacebook
InstagramYoutube